A player familiar to those that were active in the 1970’s has passed away.

I met David at the old Winnipeg Chess Club on Selkirk Avenue around 1971.  As far as I can determine / remember he did not play rated CFC chess after 1977 (the 1977 CFC annual ratings show a very respectable 1840 rating), but I stand to be corrected.

A search of the Winnipeg Free press archives also indicated that he was on the MCA Executive in 1975, and also a CFC Governor in 1975. 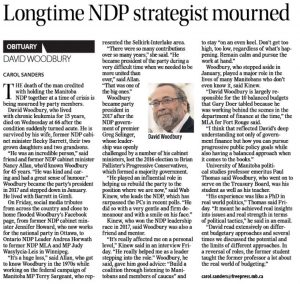